We Are Passionate About Wine

And Delivering Our Customers An Amazing Tasting Experience

The Surrey Wine Cellar is founded by Paul Pavli, whose father Mario Pavli (of Bacchus et al – previously in Guildford), and uncle Andrew Pavli (owner of Wimbledon Wine Cellar – a beloved and successful business with outlets in Wimbledon and Chiswick) have both won independent wine merchant of the year awards throughout the UK.

With such an impressive pedigree, it is no secret that we have a boundless passion for what we do – wine is in our blood.

Our Promise To You

We strive to offer the best wine for your business and impartial advice at an honest price. We have an extensive range from across the world and we will endeavour to give you a different wine per order unless requested.

You also won’t find our wines on the supermarket shelves! There will always be a real person on the end of the phone, happy to offer help or advice.

Our Wine Is For Everyone

At The Surrey Wine Cellar, we understand that everyone feels different about wine. Whether its different tastes of preference or level of enthusiasm. That’s why we ensure that we offer wines of every kind. From sweet red to dry whites, so no matter what wine you prefer, we’ll help you find the perfect bottle.

From Ameture to connoisseur, we want you to enjoy every sip. We are here to help you find the wine that best suits your taste. Whether you’re looking for a relaxing glass or a bottle to share, we know good wine. We sell a wide range of wines and beverages as well as a range of tasting experiences for those real enthusiasts.

Located in the heart of Chobham village, between Sunningdale and Woking, the store itself has a rustic, village aesthetic—we want our customers to feel at home.

We provide many additional services, such as catering for corporate events and weddings, hosting wine tastings in-store and at clients’ chosen locations.

We also provide a range of glassware and decanters, fine cigars and also beautiful wooden gift boxes for special occasions.

Book Us For An Event

Wine Tasting Is A Journey

At The Surrey Wine Cellar, we know choosing a wine can be confusing, but we’re here to help! We want everyone to love wine as much as we do, therefore we offer wine tasting journeys for all, from newbies to Oenophiles.

We also provide wine in-bond and for private cellars, including some of the very best en-primeur purchasing options allowing clients to secure prestige vintages from the producers before the wine hits the shelves.

Subscribe to one of our monthly taste journeys, and receive a case of handpicked wine each month. Each package is tailored to your individual preferences, so we know you’ll love every drop.

THESE ARE SOME OF OUR CLIENTS TOP PICKS

Sharing Our Passion With You

As well as the wine itself, at The Surrey Wine Cellar, we are also passionate about sharing the story behind the bottle. We have a range of articles about our favourite wine regions and winemakers, so you can learn more about where our wines are created. We also have a range of guides on pairing wines with food. 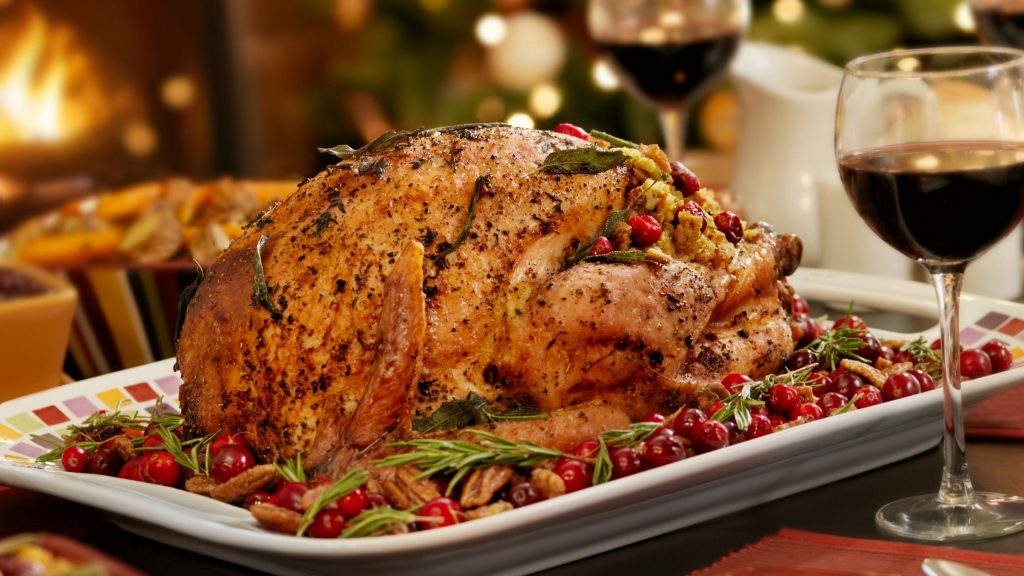 The 6 Best Wines to Serve with Christmas Turkey

Christmas is just around the corner, so we thought we would highlight our top 6 wines to serve with Christmas turkey, from easy reds to some more creative alternatives.

South Africa is one of the most exciting countries when it comes to producing wines. Not only are the wine regions famous for producing delicious but affordable wines, it is also responsible for producing higher-end wines too. 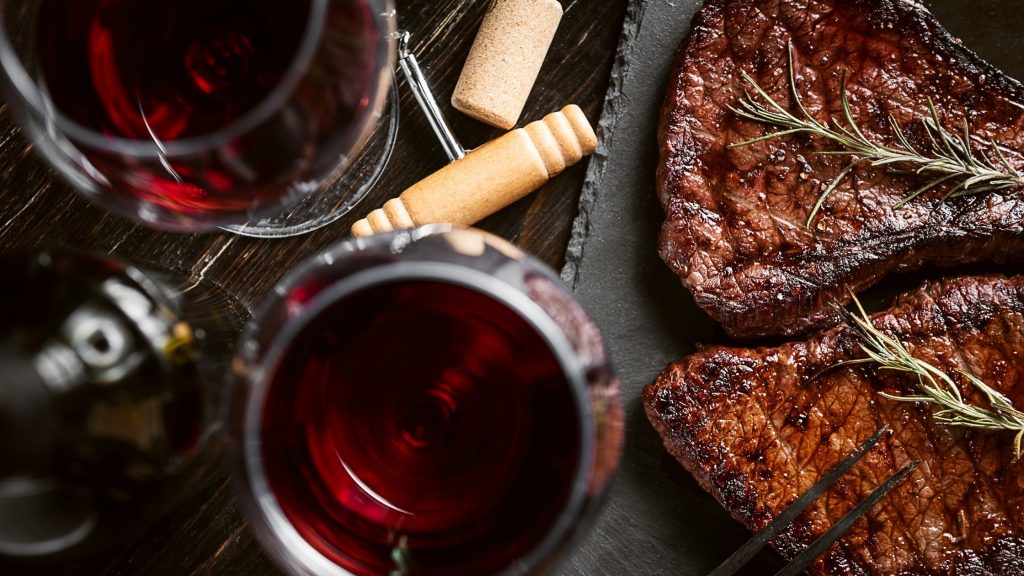 In this article, we’re going to reveal our favourite top 5 wines to serve with steak and take a closer look at why these reds work so well with the UK’s favourite meaty dish.

Sign up for our newsletter and stay up to date on the latest news.

We’ll notify you about our latest products, and help you choose your best wine tailored to you.

When planning a party, how much should I allow per person?

Obviously this depends on the size and type of the party but you are unlikely to go wrong if you allow approximately a bottle of wine per head. Most wine merchants allow you to buy on sale or return which makes deciding quantities less fraught.

What does it mean when a wine is listed as "drink now"?

A window of "drink now" means that the taster doesn't believe this wine will improve with any additional bottle age. Many (actually, most) wines are ready to drink upon release, and many wine drinkers prefer to enjoy these wines when they're still young and have their youthful flavors and structure. However, "drink now" doesn't mean "drink immediately or the wine will turn to vinegar." Even the most approachable wines will usually deliver pleasure for several years past the vintage date.

If you know you prefer your wines with a little more bottle age on them, or if your experience with the producer or vineyard in question differs from ours, follow your own palate, always.

Serving temperatures are really a matter of personal preference, but most people seem to like their whites chilled and their reds at room temperature. Many connoisseurs think that Americans in particular tend to drink our whites too cold and our reds too warm. I bet that's because most folks chill their whites in the refrigerator (where they can get cold enough to suppress a wine's aromatics) and serve their reds at the ambient room temperature (which can be a bit on the warm side, depending on your definition of "room temperature").

More specifically, I think whites show their best anywhere from about 40 to 50 degrees F (the lighter-bodied whites at the colder end of the spectrum, the fuller-bodied whites at the warmer end). To give you some perspective, most food refrigerators are around 35 or 40 degrees F. So think of serving whites a bit cooler than a wine cellar, but warmer than a refrigerator.

For reds, you would typically want them warmer than cellar temperature, but still a bit cooler than most room temperatures—say, 60 to 65 degrees F. Also keep in mind that a wine served cool will warm up in the glass, while a wine served warm will only get warmer. Above all, let your own preferences be your guide.

Once you've chilled a wine, does it need to stay chilled?

There are a few different angles to this question. If you’re talking about storing a wine and keeping it chilled, then, yes, it’s best to keep a stored wine at a constant temperature for as long as you can.

If you’re asking about serving a chilled wine, a chilled wine served at room temperature will probably warm up. But how quickly (and how much of an issue this is) will depend on a couple of things. If I’m popping open a bottle, serving it to multiple people and emptying the bottle in the process, I don’t worry about it. But if I’m opening a bottle and only serving a couple of glasses, I might try to keep the rest of the bottle chilled—either on ice or in the refrigerator—until it’s ready to be served.

If you put a wine in the fridge and chill it down, is it OK to take it out and let it warm up again, then chill it again later? Sure. It may not be ideal, but it’s not likely to do much harm.

How long will my wine last once it's opened?

Oxidation—which begins as soon as the cork is pulled—is the enemy of wine. Refrigeration will slow oxidation, but it doesn't stop it altogether. In the rare instance that there is leftover wine at my house, I can drink an opened bottle for about three days before I start to notice it fading. My mother-in-law nurses hers for a week. Personal taste and frugality are big variables here. If you transfer the leftovers to a smaller bottle (where less surface area is exposed to oxygen), you might get some extra mileage out of it.

What are these crystals on the bottom of my cork?

They may look like rock candy or—yikes—shards of glass, but those are actually tartrate crystals clinging to your cork. It's a completely harmless and natural occurrence. Odorless and tasteless, they're made of the same stuff as crème of tartar (which you might cook with).

Some wines go through a process called "cold stabilization" to remove this sediment, although purely for cosmetic reasons. Even though tartrate crystals are harmless, it can be unpleasant to bite down on them, so if it looks like some are sitting at the bottom of your bottle, you should decant the wine to get rid of them before serving.

Your basket is currently empty.

15% Off Everything! When you buy 6 or more bottles. Dismiss